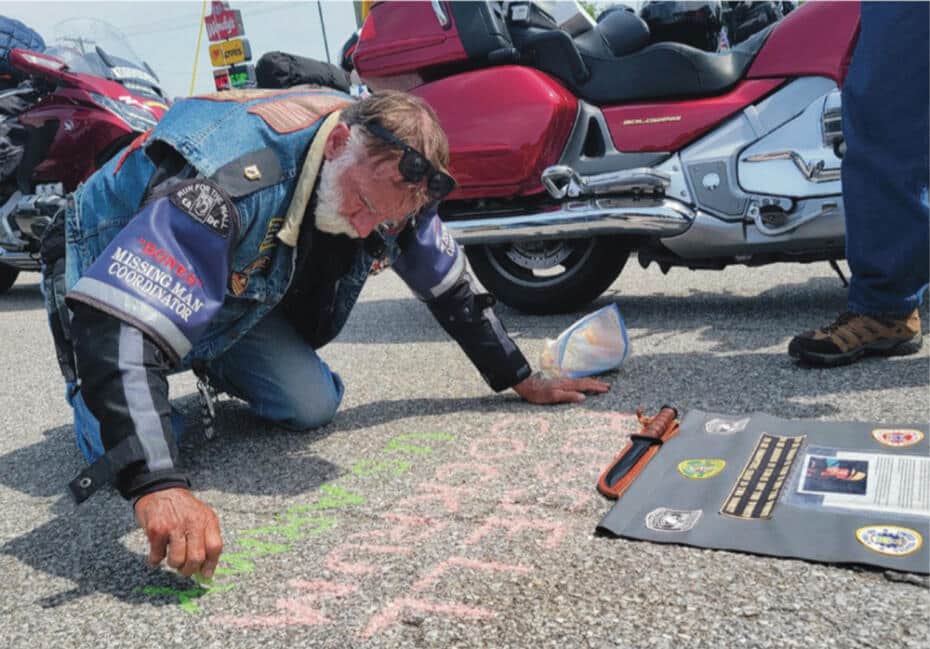 The Run for the Wall Missing Man coordinator refused to give his own name as he chalked deceased US Army-man Russel Cockrum’s name into the pavement, adding it would mean something to the family to see Cockrum’s name remembered again. At every lef of the journey, Run for the Wall acknowledges a different veteran that passed from the area where they stopped. Cockrum struggled with addiction and having the Army acknowledge his PTSD but eventually was able to counsel others into better lives. 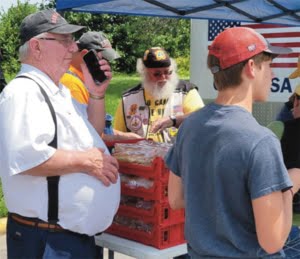 Run for the Wall riders stopped at the Flying J in Gibson County last Tuesday during their seventh day of riding from Ontario, California on their way to Washington, DC to honor veterans on Memorial Day.

The ride has been a tradition since 1989.

“It’s really not about what we get, it’s about what we give. Were giving respect. We’re paying respect to those who have made the ultimate sacrifice. Our motto is, ‘We ride for those who cant.’” said Ted “Boots” Kapner, on behalf of Run for the Wall. The ride aims to draw attention to prisoners of war, missing in action, killing in action, and wounded in action.

“We appreciate their sacrifice,” Kapner said.

They are one of three routes, so when they all converge in Wahington, DC, at the Holiday Inn in Arlington on Memorial Day, its tears of joy he said.

“It’s really quite emotional. We’ve been on the road for 10 days at that point. We’ve all become so close, we’re like a family. we know our mission is complete. We ran our race. We’ve honored these veterans. Some wounds have been healed. 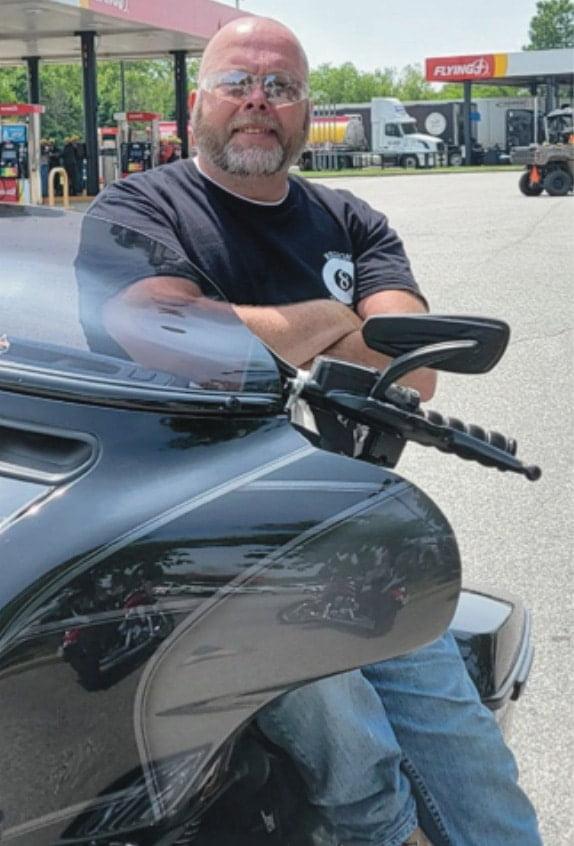 Brian Birdwell came to Haubstadt to remember veterans with a group of friends to see Run for the Wall riders Tuesday.