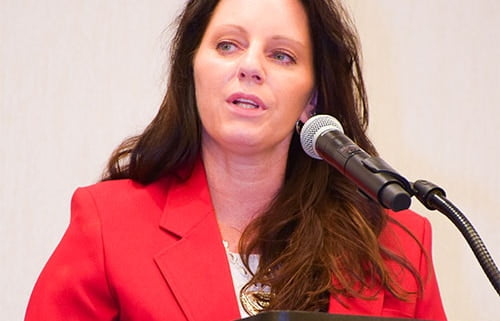 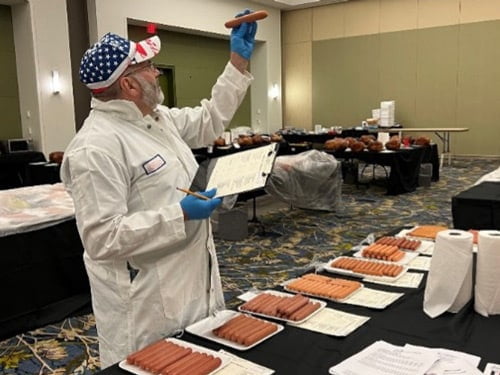 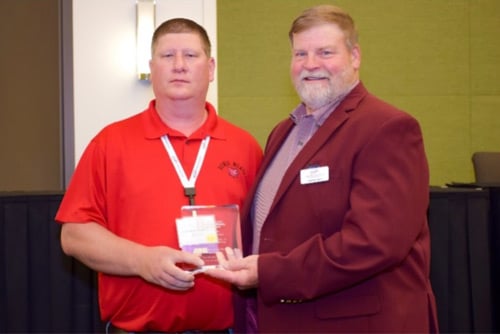 This year in Des Moines, a total of 623 products were entered into the ACMC. Forty-five volunteers, as well as AAMP staff members and ACMC coordinators, gave nearly 300 hours to select the winners of this year’s competition.

Dewig Meats of Haubstadt, Ind., won the Cured Meats Excellence Award. That award goes to the processor with the best overall performance in the ACMC. 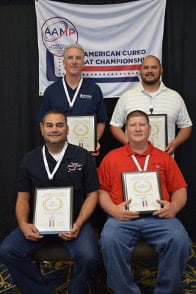 Each year, the ACMC attracts top meat processors from across the country. Processors bring their best sausages, bacon, hams, snack sticks and other cured meat specialties to the convention, and those products are judged by meat science professors and fellow processors.  There was a Grand Champion awarded in each of the 29 categories; depending on the number of entries in a given category, awards were also presented for Reserve Grand Champion, Champion and Reserve Champion. 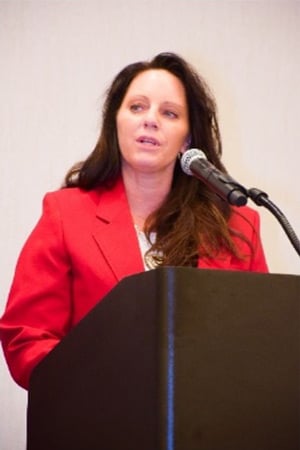 Dewig Meats won the Cured Meats Excellence Award for the fifth time overall and third consecutive ACMC, going back to 2019

. (There was no AAMP Convention in 2020 due to the COVID-19 pandemic). This year, the company won 3 Grand Champions, 5 Reserve Grand Champions and 3 Champions.

During the AAMP Convention, Darla Kiesel, a third-generation member of Dewig Meats, was elected to the position of President of the association. Her husband, Aaron Kiesel, oversees

Dewig’s smokehouse department and sausage kitchen. Aaron is also a member of AAMP’s Cured Meats Hall of Fame. Darla’s father, Tom Dewig is a past AAMP President and brother,    Dean Dewig, is a past Board of Director for the association. The Dewig Meats family has been actively involved in AAMP for decades. 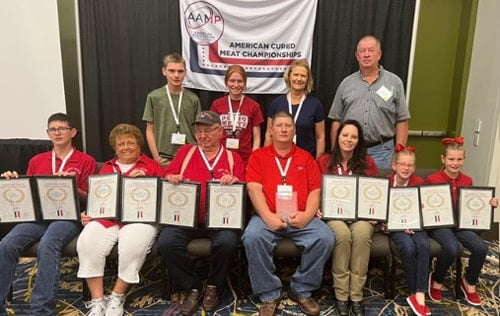 The next ACMC Competition will take place during the 2023 AAMP Convention in Charleston, SC, scheduled for July 13-15, 2023.